What Caused the Texas Power Outage? 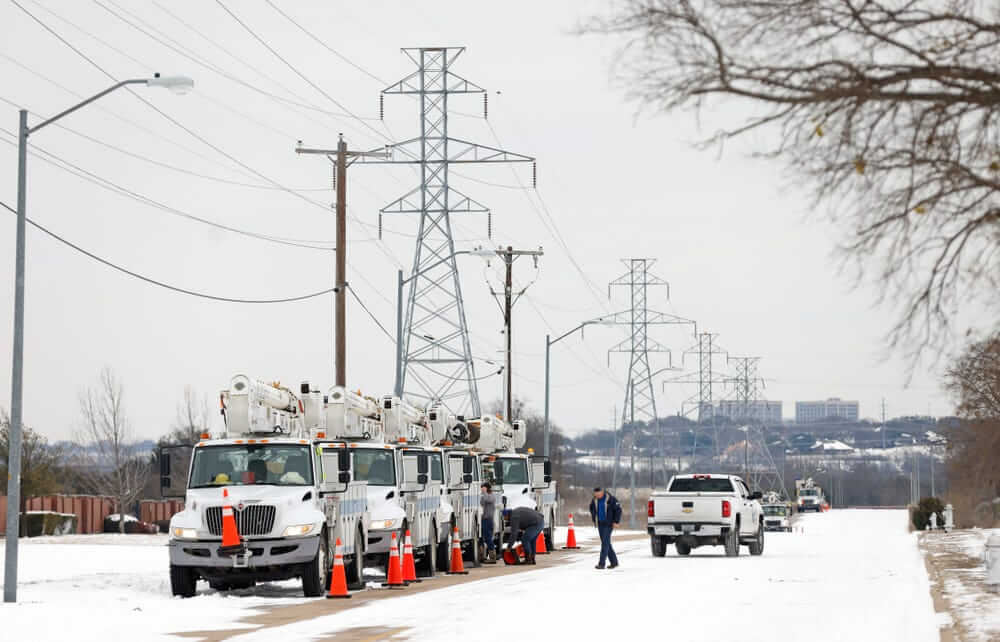 What Caused the Texas Power Outage?

The Texas power outage, which left millions without power, happened for a multitude of reasons. But it’s essential to understand how those causes will continue to be relevant as the state experiences more extreme weather events.

The winter storm that began on February 13 brought some of the coldest weather the state has experienced since 1989.

Usually, the power grid can meet the energy demands of consumers.

But when the weather got cold, residents blasted their heaters – which is why Texas’s energy demand hit a record winter high.

Contrary to what some state politicians have suggested, the blackouts weren’t primarily the fault of frozen wind turbines. It was essentially a problem with natural gas, which is the state’s primary energy source.

But the result of that was the grid not being able to produce as much power when consumers demanded more of it.

In short, the grid couldn’t meet the demand.

Generators – which convert fuel into power – exist to ramp up and match demand. So when demand was too high, they overloaded and automatically went offline as a precautionary measure. Other generators tried to make up for it, but they also overloaded and went offline. Had that continued, it could have cascaded into a statewide blackout.

Bill Magness, chief executive of the Electric Reliability Council of Texas (ERCOT), which oversees the state’s power grid, told the Dallas Morning News they were minutes, if not seconds, away from a complete blackout.

Instead, ERCOT proactively issued rolling blackouts to different state parts to keep the demand under capacity.

In theory, that means Texans should have only experienced controlled, short-term blackouts. But many have been without power for several days. ERCOT told the Dallas Morning News that’s because of three likely scenarios:

Early evidence showed that low-income families and areas with more people of color suffered a disproportionate amount of the burden. For example, because Texas’s first-responder infrastructure was exempt from the rolling blackouts, many affluent areas kept power while surrounding neighborhoods were dark.

Texas, however, has insisted on having its grid with little connection to the other two grids. It’s a point of pride for politicians there, who claim the state has energy independence.

By severing connections to the larger grid, Texas avoided regulations on trading electricity across states. Some experts say this lack of regulation is why the Texas grid failed with these stressors.

These failures likely won’t be a once-in-a-lifetime event.

America can expect to see more and more extreme weather events in the coming decades. It will probably cause electricity demand to rise and fall regularly – and, in turn, generate more of these devastating blackouts.

The alternative isn’t much better. In California, the warming climate has increased the likelihood of power lines causing wildfires, combined with aging transmission lines, that caused a wildfire that killed 85 people and destroyed 19,000 buildings in 2018. So Pacific Gas & Electric (PG&E), which manages the California grid, has issued rolling blackouts to prevent these fires. But the blackouts have disproportionately affected low-income people who can’t afford generators and caused life-threatening situations for people who need refrigeration for their medication.

That’s why experts argue America needs to build a more resilient grid that can recover from these disasters much more quickly. But until then, America’s aging grid system will continue to face extreme weather events – and it’ll be the most vulnerable people who suffer.

To make your lives easier, Lowell Corporation offers the best hand tools in the industry. For most manual lineman labor and machine design, there is a balance between cost and efficiency. Altogether, our socket wrench sets achieve the best balance of productivity for construction, maintenance, and manufacturing operations. Let our ratchet and wrench technology make your labor go smoothly. With our essential lineman tools, you get the backing of the most trusted name in the hand tool industry.

Lowell Corporation is proud to manufacture all of its tools right here in the U.S.A. in the heart of New England. All Lowell wrenches are 100% guaranteed with our one-year manufacturer warranty.