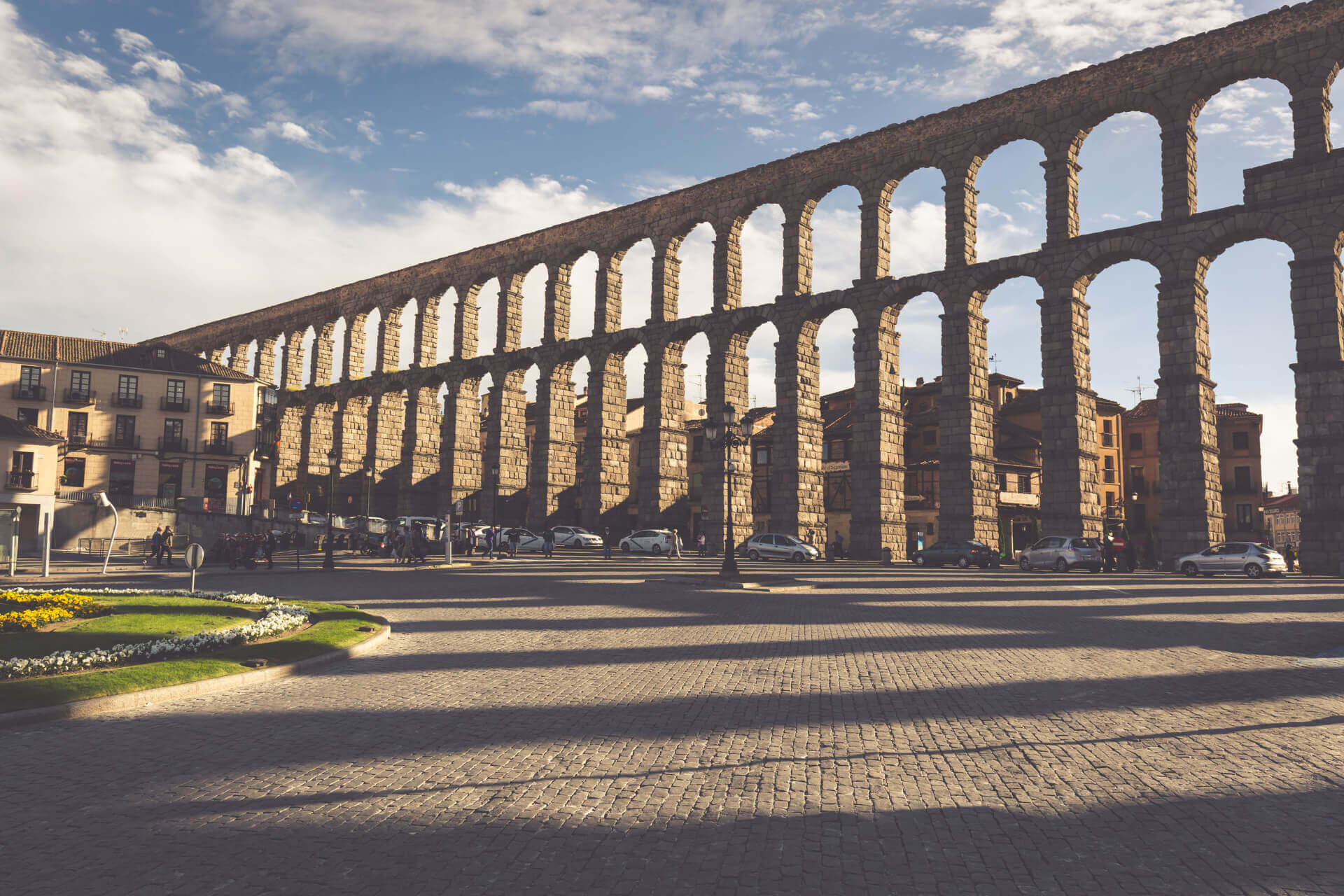 The first known underground water mains were constructed by the ancient Minoan civilization in approximately 2200 and 1400 BC. Made from terracotta, these mains supplied water to the Palace of Knossos. The ancient Minoans were far ahead of their time, as they had flushing toilets, sewer piping and drainage, and even methods to collect rainwater. For their civilization’s level of advancement, the water mains of Knossos were well over 1,000 years ahead of their time. The next notable evidence of any other water mains was not until the time of the Roman Empire between 312 BC and 500 AD.

The Romans were pioneers of engineering. They invented concrete, which allowed for great advancements in the construction of bridges and roads, as well as their famous aqueducts. The aqueducts were an amazing engineering accomplishment, using gravity to transport water from the outer reaches of the city. Within the Roman Empire, the wealthiest of homes would have a basic water main system to pump water directly into their homes. These very early home water mains were constructed using hollow logs or stone that had been drilled through. Eventually, the Romans had upgraded to lead piping, which some have argued was one of the factors that contributed to the fall of Rome.

The next major chapter in water main history was the reintroduction of wooden pipes in 16th and 17th century Europe, as well as in 18th and 19th century North America. Wooden pipes had some major issues such as rotting and attracting bugs. This was an economical choice, and in some cases was the only materials available at hand. Some remnants of the wooden piping are still being discovered to this day in places like Boston, Massachusetts.

Following the wooden pipes came lead pipes in the 1800s due, in part, to their low cost and durability. It would later be confirmed that the lead water mains were causing an outbreak of lead poisoning, and by the 1920s there were many cities that were outlawing the use of lead pipelines to transport drinking water.

With the outbreak of lead poisoning caused by the widespread use of lead piping, it was time for a change. Cast iron piping was the next improvement, taking place in the early 1900s to replace the lead water mains. The use of cast iron pipes was first documented in Germany around 1455. Cast iron pipes offered increased strength, as well as a safe way to transport drinking water, uncontaminated. Advancements in materials led to advancements in pipeline tools as well, such as the strap wrench, valve wheel wrench, and pipe wrench. Many cities along the east coast of the United States still have cast iron pipes, and they have been in use for well over a century. Cast iron piping has a life expectancy of approximately 75 to 125 years, and thus many of the pipes are nearing the end of their use and will ultimately need to be replaced.

One of the more important inventions in our modern era was the creation of ductile iron in 1948. Having first been commercially implemented in 1955, ductile iron is still in use today and has the life span of cast iron with the promise of increased flexibility and strength.

For all its strengths, ductile iron still corrodes over time and needs to be replaced. This led to the introduction of polyvinyl chloride plastic pipe, more commonly known as PVC piping. Even though it was invented in the 1860s, PVC didn’t really come into widespread use until the 1950s. With its ease of use and high corrosion resistance, it remains one of the most commonly used supply line materials today.