The Real Cost of Major Storms For Utility Companies 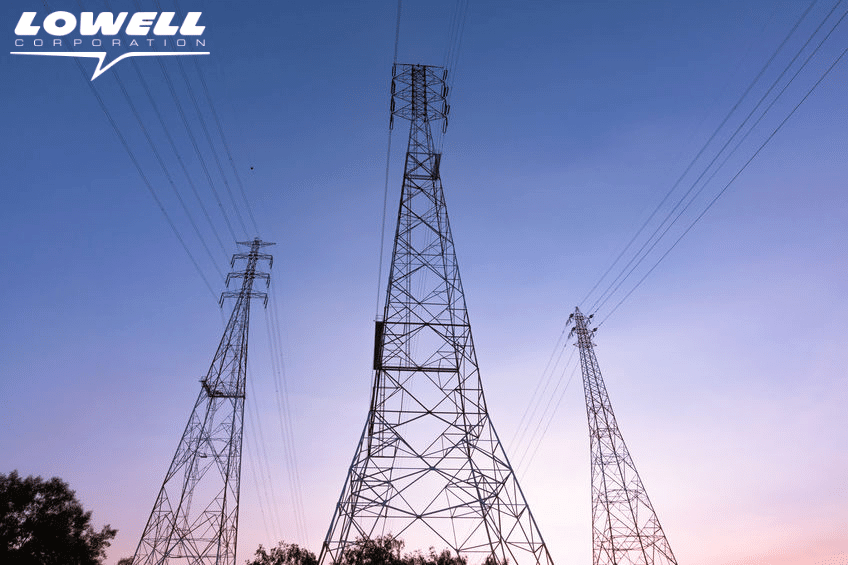 The Real Cost of Major Storms For Utility Companies

Utility companies are always trying to update their equipment to avoid significant outages during inclement weather. But have they done enough?

The Effects of Hurricane Katrina

When Hurricane Katrina’s punishing storm surge plowed ashore, it swamped seven of the Coast Electric Power Association’s substations, vital to powering thousands of Mississippi homes and businesses. The facilities are now fully operational, though they remain at the same elevation. Today, they are just as vulnerable to catastrophic hurricanes.

Such storms are a growing threat. An Associated Press analysis of industry data found that severe weather is the leading cause of significant power outages on the nation’s power grid. According to the AP, the number of weather-related power outages has climbed over the last decade. The most significant spikes were in 2008 and 2011.

That leaves Coast Electric and other utilities across the country struggling to balance customer costs with the need for improvements. To counter the rising number of violent storms, floods, and droughts threatening the U.S. power grid‘s core infrastructure, they need to act quickly.

The eye of Katrina ripped through the coastal city of Waveland in late August 2005. It leveled neighborhoods, destroyed infrastructure, and knocked out power to Coast Electric’s entire coverage area.

Facing sweltering summer heat and $110 million in damage, Coast Electric had to pick up the pieces. The small nonprofit cooperative focused on restoring power to customers as quickly as possible. They repaired the old substations that flooded to pre-storm conditions. At the time, it would have been impractical to raise them or move them elsewhere.

“We’re only a few feet above sea level right here,” Brown said during a recent visit to a Waveland substation.

Coast Electric made some crucial improvements post-Katrina; it used a large mound of dirt to elevate a new substation 18 feet above sea level. But raising the old substations that flooded would cost Coast’s 68,160 customers millions of dollars, Brown said.

Hundreds of utility companies own and manage the equipment that makes up the U.S. power grid. They range from large investor-owned companies like New York’s Consolidated Edison to small municipal utilities and cooperatives like Coast Electric. Each faces a unique set of challenges.

The Continuing Battle Against Hurricane Season 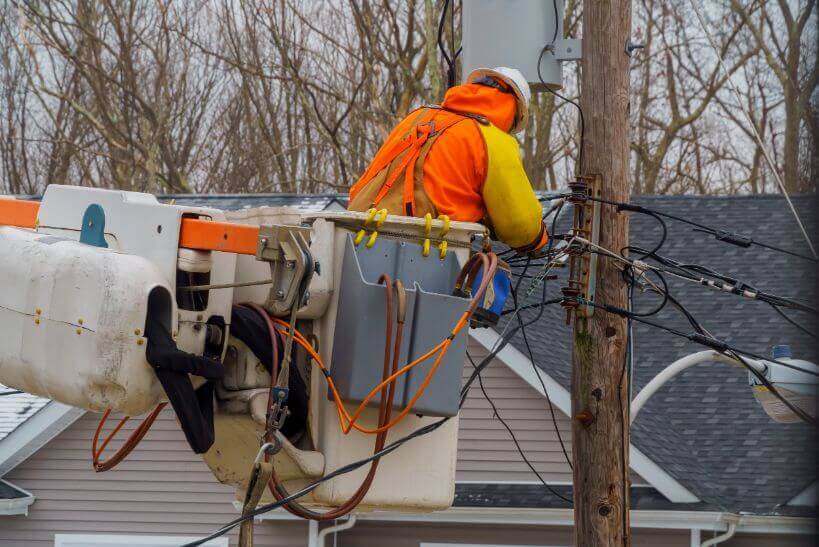 When Hurricane Irene hit the Northeast in 2011, it marked the first time in Con Ed’s history that more than 200,000 customers lost power from a storm. Superstorm Sandy struck just 14 months later, quickly followed by a devastating Nor’easter, leaving 1.1 million customers in the dark.

“It was clear to us that weather patterns were changing fundamentally. Severe weather events were becoming more frequent and devastating,” Allan Drury, a Con Ed spokesman, said in an email.

Con Ed is spending $1 billion to harden its system. Drury said the utility has been able to afford all the upgrades it wants.

The test will be when the next powerful storm hits.

The Lasting Consequence of Power Outages

There’s no doubt that improvements are costly for utility companies and the customers they serve, but so are outages. A 2013 report by the White House said weather-related blackouts cost the U.S. economy an annual average of $18 billion to $33 billion, when adjusted for inflation, from 2003 to 2012. They can also be deadly. The report said 50 deaths in Sandy’s aftermath were due to power outages. This figure included senior citizens who died from hypothermia and others poisoned by carbon monoxide from generators.

There are funds available from the Federal Emergency Management Agency to help utilities rebuild after catastrophes. The Mississippi cooperative received about $100 million in FEMA public assistance grants. However, the money allowed it only to repair the flooded substations to pre-storm conditions. The flooded substations powered about 6,500 accounts, including some in Coast Electric’s most populated coverage areas. The co-op provides power to customers across most of three counties, from urban coastal areas to rural communities farther inland.

FEMA offered more funds that would help to raise the flooded substations. Still, the co-op did not apply. Cost-effectiveness assessments and environmental considerations would have taken too much time, Brown said, and would have delayed getting the lights back on.

Once the work began, Coast Electric could not change the grant’s terms to improve the sites, Brown said. The seven rebuilt substations in Katrina’s area retained the same elevation — when scientists were already warning of rising sea levels and the threat of more frequent severe weather.

A study published in the journal Risk Analysis in May found that the U.S. power grid is increasingly blacking out when hit with severe weather. The infrastructure lags behind other developed nations in terms of reliability.

“I think it is an open question as to whether utilities are investing enough in the infrastructure needed to harden the system against storms and on simple but effective things like tree trimming,” said Roshanak Nateghi, the report’s lead author and a professor at Purdue University.

Regulators in drought-stricken California ordered the state’s investor-owned utilities to follow regulations. The goal was to set priorities for inspecting and removing dead and sick trees near their power lines. They warned that “climate change has facilitated and exacerbated numerous wildfires” that have damaged and threatened their facilities. Utilities could ask the California Public Utilities Commission for additional funds to address wildfire threats, regulators said. 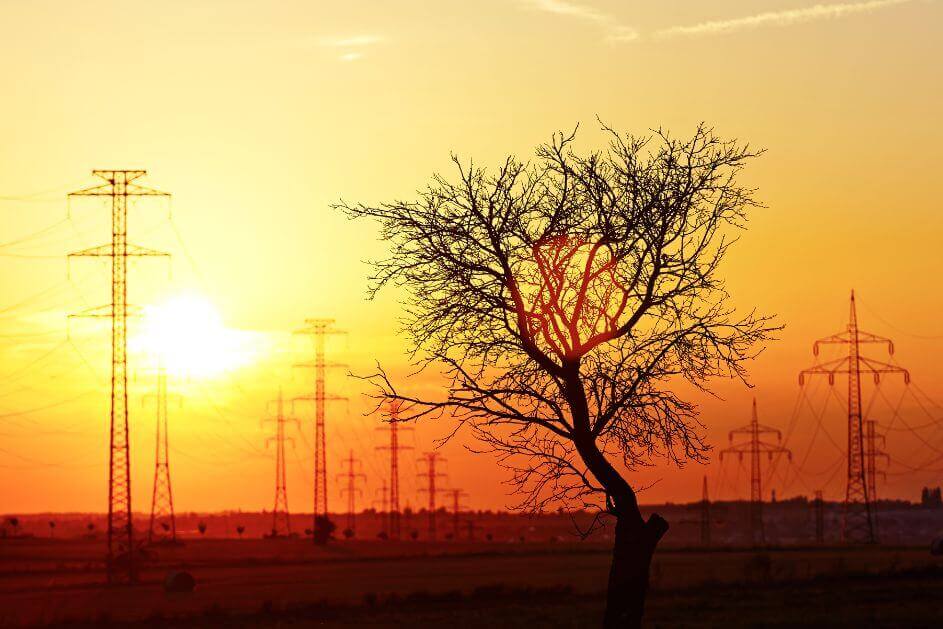 Barry Anderson, a PG&E vice president, acknowledged in mid-September that the fire could have originated when a pine tree “may have contacted a PG&E line in the vicinity of the ignition point.”

More than 50 victims have sued PG&E and its tree-trimming contractors for property damage, and one recently filed suit also blames the companies for the death of an 82-year-old man in the town of Mountain Ranch, California, claiming the companies “showed a conscious disregard for human life.”

The Rising Cost of Wildfires

PG&E spokesman Joe Molica said the company had spent $260 million to prepare for extreme weather and drought. This year alone, he noted PG&E hired 350 arborists and 19 foresters to inspect and remove dead trees and brush near the utility’s 134,000 miles of lines, bought cameras for fire lookout towers, and funded rural fire-safe councils.

State fire officials are still investigating the cause of the blaze. Inspectors claimed it was the second-most devastating fire in a drought year. With more than 6,000 wildfires, it is about one-third more than the recent national average.

Nationally, fragmented data collection makes it difficult to gauge whether utilities have adequately hardened their systems against more extreme weather. Many companies are not required to provide regulators with data about how often outages occur or how long they last.

In a study published in August, researchers at Lawrence Berkeley National Laboratory and Stanford University surveyed a sample of 195 utilities. They found that from 2000 to 2012, increasingly severe weather led to longer-lasting outages.

Utilities spent $20.1 billion in 2012 to upgrade their distribution infrastructure. Even so, the number of minutes that customers have been without power has been on the rise, researchers found.

“A significant number of the minutes that customers experience having their lights out are still the result of big storms,” said Joseph Eto, the lead author, and researcher at Lawrence Berkeley National Laboratory.

Learn more about how Lowell Corporation’s tools are helping utility companies battle everything nature has to offer!