How Is a Waterworks Pipeline Constructed? 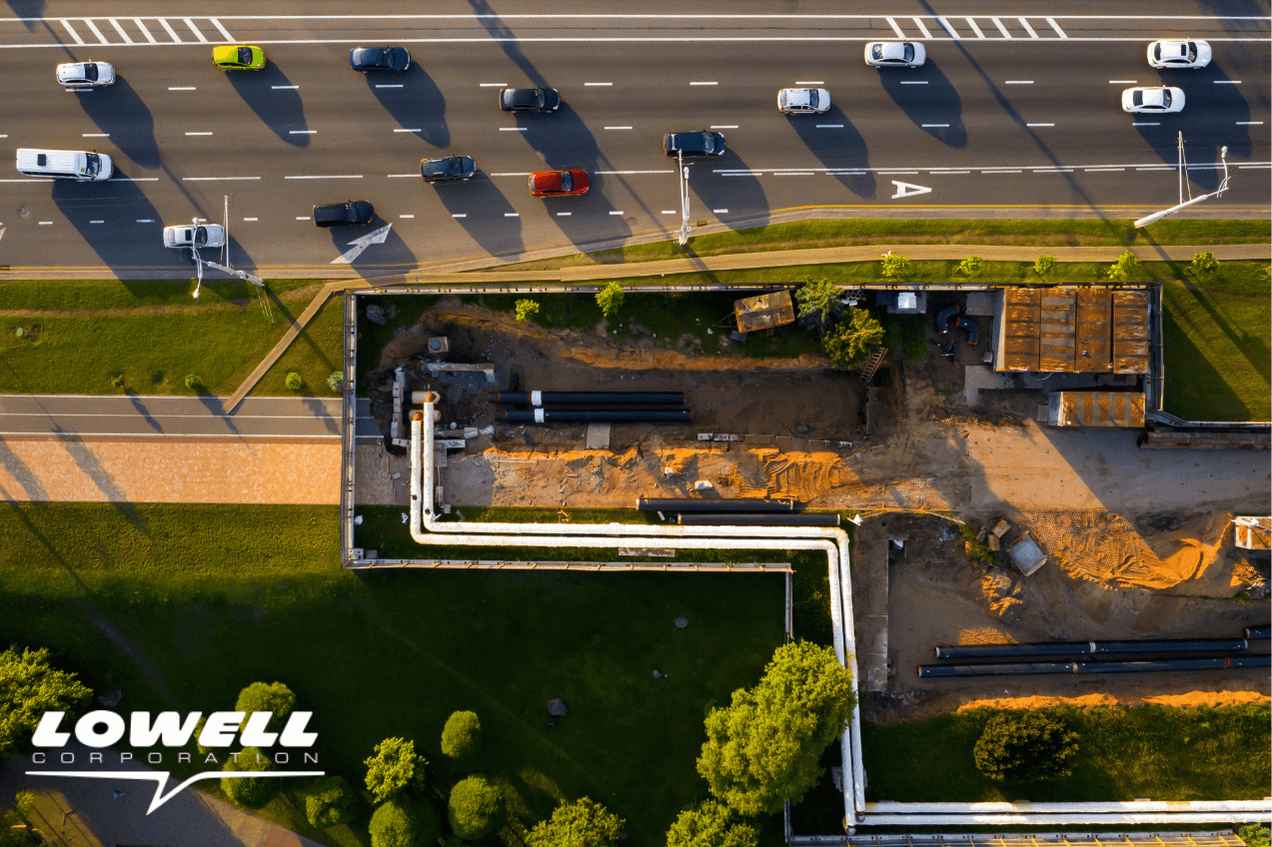 How Is a Waterworks Pipeline Constructed?

Building a waterworks pipeline is a surprisingly complex job. That said, not many of the basic processes have changed much in the history of their construction.

What has changed is the level of compliance and surveys to ensure the project meets environmental standards.

So, how is a waterworks pipeline constructed? Read on to find out more.

The first step in any waterworks pipeline construction project is to find a suitable site. Surveyors find the site through initial or existing land surveys and the pipeline’s start and endpoints.

Once surveyors have this information, they proceed to test and investigate the surrounding land. They’ll look out for things such as areas of environmental preservation and concern and ground makeup.

Surveying involves looking at the type and composition of the soil, the presence of any underground stone, and the impact construction will have on the surrounding area.

All this happens before officially choosing a site as the location for construction.

During this stage, workers remove vegetation from the pipeline’s path, dig up grass, and begin making way for the pipe’s trench. This process might involve removing topsoil and ensuring construction tools can work efficiently.

Once the land is ready, construction can begin on the trench. Again, this is before any pipeline tools, and workers start on the site, as it simply involves digging a big ditch.

Workers will use excavators and diggers to create the set depth and width from the original plans. It might involve blasting rock to make the right trench, but this depends on the ground’s composition.

Up until this point, waterworks pipeline construction proceeds like any other underground construction project. Workers must ensure the site is ready for specialist pipeline tools and workers from the next stage onwards.

Now, workers can bring in the right pipeline tools and construction tools to build the waterworks pipeline.

First, the pipes themselves are delivered and laid out along the trench’s path. They’re left on-site during the final preparation stages.

Before this stage, project managers will have picked the right materials for the pipeline under construction. Materials include PVC, steel, iron, and concrete depending on soil composition and acidity, length of the pipeline, and more.

The right materials are chosen based on the initial surveys, which is why they’re so important.

Before pipes enter the trench, workers must make some final preparations. Preparations include laying a cushioning of fresh soil, particularly in areas with rocky ground. Doing so helps to prevent damage to the pipes, both during construction and operation.

Next, the pipes pipeline workers bend into the correct shape. They do this on-site using the right construction tools, which is usually a hydraulic press. Workers bend pipes based on a ground elevation to maintain the correct water flow and pressure when operating.

Workers will usually ship in pre-bent pipes if a waterworks pipeline needs to make a big bend, which isn’t as common. Bending pipes to big angles takes a lot of work, so they’re built at the correct angle instead.

The process of laying and bending the pipes is known as stringing and makes the final assembly of the waterworks pipeline much faster.

When constructing a waterworks pipeline, you need the perfect tools to get the job done right. Lowell Corp. can help! Explore our pipeline tools now.

Once everything is in place, workers weld the pipes together. They bolt pipes together using a valve wheel wrench or socket wrenches, depending on the material used.

Generally, they only weld metal pipes together, while the other materials bolt. Again, this depends on several factors, including ground composition, water pressure, and intended lifespan for the pipeline.

Materials more susceptible to corrosion, such as iron, might be coated to make them last longer.

During this stage, the waterworks pipeline goes through several inspection stages. It’s important to ensure none of the pipeline tools have damaged the pipes before burial.

Inspectors also check pipes are joined properly in the correct way and form a single continuous length of pipe.

Other workers will X-ray the pipes looking for holes and gaps in the joins. These might also then be coated for better preservation, depending on soil conditions.

Finally, we reach the stage that most people would consider the most important: lowering the pipe into place.

Workers use pipeline tools (specifically side booms) to ease the built pipe into the trench. Of course, they do this carefully to ensure no damage to the pipes.

They then conduct another survey using GPS and other tools as a final record of where the pipe is.

Once the waterworks pipeline is in place, workers use construction tools to backfill the trench. They do most of this using the old soil from the trench. However, they might also use new materials depending on their composition.

Pipeline workers might add a soil crown might to make up for soil settlement. Essentially, it’s extra soil on top of the trench so that it lies flat once it settles and compresses.

Then, workers restore the topsoil and vegetation to the area or re-pave it if it’s an urban site. The intention is to leave it how it looked before construction.

Building a waterworks pipeline takes a lot of work before laying the pipe. Using the right pipeline tools is vital for efficient and safe construction to ensure the pipeline lasts as long as possible. But, any pipeline built properly using the right tools should last well beyond its intended lifespan.

Lowell Corporation offers the best hand tools in the industry. Whether you need a strap wrench or a socket wrench set, you’ll want the right balance between cost and efficiency. Our custom hand tools make tough jobs easier with waterworks engineers and lineman tools. We’ve been increasing productivity in construction, maintenance, and manufacturing operations since 1869. So let our waterworks and lineman wrench technology simplify your workload. With our essential industrial/OEM parts, you get the backing of the most trusted name in the hand tool industry.

Above all, Lowell Corporation is proud to manufacture all of its lineman tools right here in the U.S.A. in the heart of New England. All Lowell wrenches are 100% guaranteed with our one-year manufacturer warranty against defects in material and craft for one year from the date of delivery.

Lowell is a leader in Waterworks Pipeline tools. Contact us today to learn more about our full catelog.